Speak to an advisor for FREE 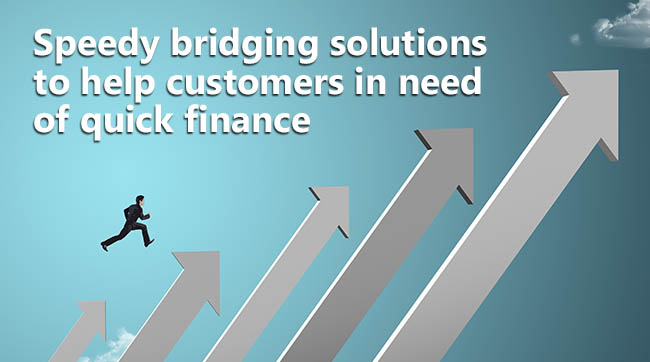 You are here: Home > Latest News > Beat the Stamp Duty rush and save money with a bridging loan

We’re currently seeing one of the busiest housing markets in over a decade as people rush to beat the Stamp Duty Land Tax (SDLT) deadline.  It’s not too late to take advantage of the incentive though, with other lending options available, which could get your property purchase over the line before the end of the SDLT holiday.

On average, house prices have increased by 3.5% over the past 12 months, and the first quarter of 2021 is set to record a property uplift of 100,000 additional sales before the end of March. Nottingham, Manchester and Leeds appear to be the most buoyant cities, with house prices increasing over the past year by 5.3%, 5.2% an 4.9% respectively.

Despite the Covid-19 pandemic, these figures show now is perhaps one of the best periods in recent times to move home.

The current SDLT incentive means you don’t have to pay any Stamp Duty when you buy a new main residential property as long as it’s valued under £500,000, allowing you to potentially save thousands in fees when buying a new property.

Different rates apply to investment properties, such as Buy to Let or additional homes, but there are still savings to be made.

This period isn’t going to last for much longer though. The current holiday on Stamp Duty is scheduled to end on 31st March 2021, so if you’re thinking about moving home it’s best to do it sooner rather than later.

In fact, it’s estimated that only half of the mortgages applied for in January will be completed before the deadline, making it even more vital to get things moving now. This is due to the large increases the market is seeing in both demand and volume of moves.

So what happens if you want to move home but are seeing a delay, stuck in a chain that’s not moving, or lost a buyer and worried about missing the SDLT deadline?

How a Bridging loan can help

Bridging loans can provide quick funds to bridge the gap whilst you’re waiting for your transaction to complete. They work by allowing you to borrow funds to buy the new property, before selling your current one (you can read more here).  This could allow you to buy your new property, save the stamp duty and then transfer your mortgage to a more traditional one once you’ve sold.

Kevin Blount, Director at Clever Mortgages, said: “Beating the deadline on Stamp Duty could save you thousands of pounds, so if you’re considering moving then it really is a smart move to do so before the deadline of 31st March of next year.

“A bridging loan can help you by offering short-term finance that drastically speeds up the process and allows you to move to offer more quickly. This is opposed to moving home the traditional way, which could take months to complete due to the boom in demand we’re seeing.

“As such, we’d advise anyone thinking about moving to seriously consider a bridging loan in order to beat the Stamp Duty deadline and to get in touch with us if this is something you’re interested in.”

To find out more about how a bridging loan could help save you money on your move, give us a call on 0800 187 0504 or arrange a call back at a time that suits you.

Calls are FREE from mobiles and landlines

Arrange a call back

Trustpilot
Enquire now
THINK CAREFULLY BEFORE SECURING OTHER DEBTS AGAINST YOUR HOME. YOUR HOME MAY BE REPOSSESSED IF YOU DO NOT KEEP UP REPAYMENTS ON YOUR MORTGAGE.

Clever Mortgages is a trading name of Financial Makeover Limited. Financial Makeover Limited is a limited company registered in England and Wales with registered number 6111701. Registered Office: Kempton House, Dysart Road, PO Box 9562, Grantham, Lincolnshire NG31 0EA. Financial Makeover Limited is authorised and regulated by the Financial Conduct Authority with registered number 706595. Your initial consultation and any quotations are free and you are under no obligation to proceed with any options that may be available to you. If you choose to go ahead with a mortgage or secured loan, a fee will become chargeable. Our calls may be recorded and monitored for training, compliance and complaint handling purposes. Please note commercial mortgages and some buy to let mortgages are not FCA regulated products.